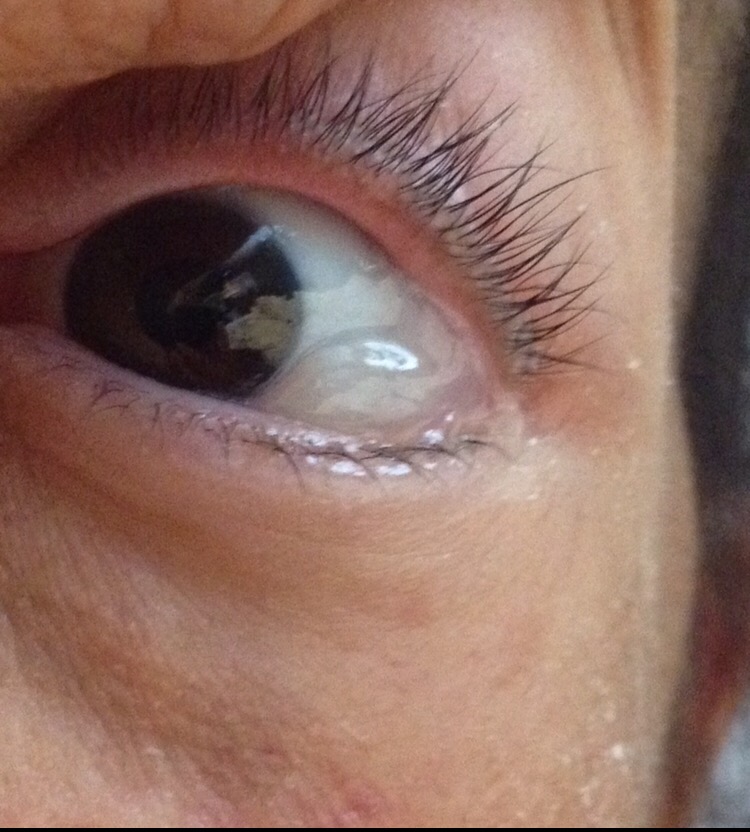 (Picture of the blisters (Chemosis) Anastasia had on her eyes when she was hospitalized due to alleged improper care.)

Growing up I always used to hear my aunt say "God doesn't like ugly" meaning He doesn't like when people purposely and intentionally harm His children, when people go out of their way to make them suffer. It does not matter by what name you call it or how you label it whether it be "karma", "devine retribution", the result of "do unto others as you would have them do unto you" – bottom line is what goes around comes around and those involved with the abduction of my sister will reap what they have sown.

I have been asked by several how I can be so certain that we will get my sister Anastasia back alive. I have this certainty because I place my faith in no man, my faith is in God alone. And no weapon formed against us shall prosper! I have complete and total faith God will obliterate this unethical and illegal guardianship and my sister Anastasia will be home sleeping in her own bed; (as she should have been when she was properly released from the hospital but that is a book within itself.)

When I saw Anastasia on Monday she was able to open her eyes a couple of times and you could see that her eyes were still very red. I mentioned this to the staff to ensure they were aware. Given that improperly or untreated eye infections can damage or lead to complete loss of sight I would hope they will immediately have the ophthalmologist follow up because what they tried is not working and it has been at least two weeks since the infection began. On Monday her right cheek also appeared swollen with a small red spot and she is still underweight and pale.

When I saw Anastasia yesterday she was not able to open her eyes again, she had dark circles under her eyes that almost looked like black eyes, but the swelling of her right cheek had gone down. She is still pale. Anastasia's eyes remained closed throughout the entire visit and she alternated grimacing and frowning. I must note that the limited staff I routinely encounter all appear to be smiling more so please keep praying for them.