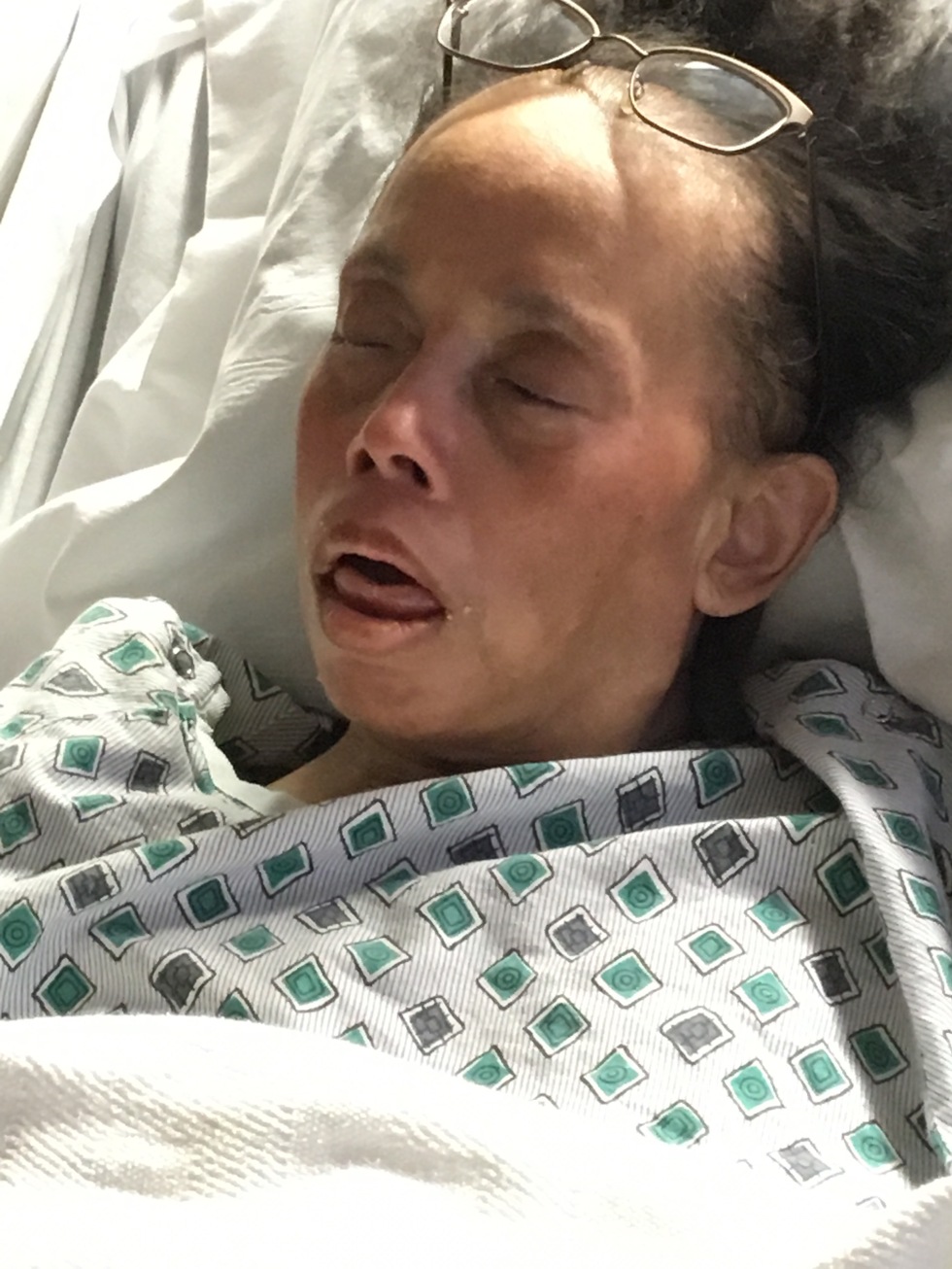 Anastasia did not look good at all yesterday when I saw her. Those that saw the live update know that on Tuesday morning Anastasia was taken to the hospital ER because she was throwing up blood and had a fever. Eight hours later after giving her IV electrolytes only to counter vomiting and after speaking with the guardians they sent her back to the nursing facility with nothing more than an antacid. Only after she was on her way back to the nursing facility did the guardians inform me about any of it claiming they “wanted to be certain of what was going on first.” Bullocks to that. She was there eight hours scared and to my knowledge they did not even bother to go see her or hold her hand. No testing was done to determine the cause of the bleeding and vomiting before packing her up and sending her back! It is blatantly obvious they do not value her life at all. Her WBC was elevated and to my knowledge they did not even give her any antibiotics even though it was obvious yesterday she had aspirated. Again they don’t value her life but Karma’s __________ and they all will reap what they sow. God sees all and has plans for them.

This explains some of the dreams I have been having lately. Beginning Friday of last week the nightmares took on a different aspect and I started having nightmares specifically about the two guardians with Heishman prominent in them which I would have thought because I have no communications with her I always deal with Labowitz. This tells me she is the primary one pushing for all of this and the death of my sister. It is unfortunate that Labowitz doesn’t and won’t stand up to her; doubly unfortunate because in some ways he actually reminds me of my dad, but my father wasn’t a cruel person, valued other people and their lives, stood up for those not able to defend themselves versus actively trying to snuff them out. I never thought I would ever say I was happy my parents were gone because this would have most certainly killed them.

The guardians and facility still have not replaced Anastasia’s prescription eye glasses. The guardians and facility claim their doctor said she can see without them. He needs remedial training. We are still not able to bring her a TV or radio so she has been sentenced to staring at a wall for the last four months (116 and sixteen days) like she was in Alcatraz or Guantanamo. The guardians have provided absolutely nothing for Anastasia since she has been in their custody. They still have her naked in a hospital gown. They have done absolutely nothing for her other than clean out her bank account and cancel her longtime health insurance they didn’t pay for so they and INOVA may keep their claws in her and kill her through euthanasia.

If they succeed in killing Anastasia they will never have another restful night sleep because her death under their hands will haunt them for their lives, as it should. חסד