Has the American healthcare system gone too far, have they gotten too big for their britches? When a hospital becomes a conglomerate and so big no one wants to question them or their practices do patients lose? In my opinion the answer to all of these questions is a resounding YES!

I was speaking up for my sister not speaking for her or putting words in her mouth. For the last twelve years I had been my sister’s voice, her interpreter. My speaking up for my sister, my being her voice, was no different than an interpreter using their voice for a person who is deaf or mute. It was no different than a parent who is the voice of their disabled child who cannot speak. In our country parental rights are sacrosanct, however hospitals and professional guardians are routinely trying to take those rights away from us. When our parents passed away I willingly and whole-heartedly stepped into their shoes and took on the roll of parent and protector for my sister Anastasia. The day before our mother died I promised her I would take care of and protect my sister Anastasia. This “Machine” comprised of Inova (Scott Betzelos, MD and Kelly Armstrong PhD), their lawyers (Laurie Kirkland), the Virginia judiciary, and professional guardians Anne Heishman and Ken Labowitz have forcibly broken that deathbed promise. Anastasia went from being “loved and well cared for” to broken, bruised, neglected, starved, dehydrated and then dead. When you look at this situation in its totality there is no other way to put it – Anastasia was slowly and deliberately euthanized.

I knew my sister like I know myself. As I have said before, we were the same person in different spheres, we were two sides of the same two-headed coin, I was the yin to her yang and she was mine. My sister looked to me still to voice for her what she could not voice for herself. If a person that cannot speak without an interpreter or a person who cannot hear without an amplifying device are denied these accommodations in a U.S. court of law has justice truly been served? It is undisputed that my sister Anastasia Adams was disabled yet she seemingly was denied the reasonable accommodation of her amplifying mechanism, of her voice. 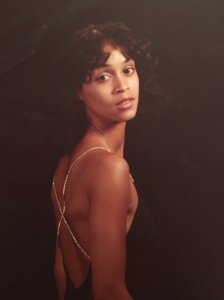 While the guardianship in theory was meant to give Anastasia a voice how could it truly do so when the appointed guardians knew nothing about her – nothing about her past, about her childhood, her upbringing, her beliefs, her fears, her ideologies, her viewpoints and outlook on life. How could the guardians know any of these things without having ever known her at all, without having ever spoken to Anastasia? How could the guardians speak with her voice, in her voice, given their inherent conflict of interest? The reality is and was they cannot, it simply is not possible.

I realize that the defendants Blankingship & Keith are connected to the Virginia Supreme Court and that defendant guardian Kenneth Labowitz started a PAC and got Senator Jim Moran (D) elected to the U.S. Congress and thereby are given an inordinate amount of deference by the legal and judicial community; however just because the defendants are “connected” does not mean they may operate outside of the law, it does not mean they cannot and should not be held accountable when they have so blatantly veered from the laws that were meant to protect and not harm. There is no real legal standing to do what was done to Anastasia, and the guardians Heishman and Labowitz are not going to bring forth a suit admitting this or the abuse and neglect she had suffered since their taking custody because it is not in their interests to do so – let me repeat that, it is not in “their” – Heishman’s and Labowitz’s – interests to file a complaint or a suit as they would be filing it in part against themselves. So the question becomes “how could they truly have Anastasia’s best interests at heart”? The simple fact of the matter is – they cannot and did not have her best interests at heart and therefore could not act in her best interests, it is the ultimate conflict of interest.

When I and several others stood up the Department of Homeland Security in March 2003 in response to the 9/11 attacks one of the requirements for companies and organizations working with us was a detailed conflict of interest check and disclosure. We, the United States Government, needed to be absolutely certain the entities we were dealing with had no interests that conflicted with the protection of our nation and it citizens. Based on the events and injuries Anastasia suffered over the last nine months this same protection from conflict of interests were denied and not afforded to her, a natural born citizen of this country.

Professional guardian-ism can be likened to the “Borg” in the movie “First Contact” where the collective exist solely and primarily to feed the Borg Queen. While the Borg assimilated or devoured individuals they deemed worthy in their pursuit for perfection, professional guardians appear to devour their wards with abandon for no other reason than money and because they can. It is simply a human impossibility for a single or even pair of professional guardians to properly look after and care for 120 wards, especially given the guardian’s also have a thriving law practice and are routinely in court several days of the week. Continuing to award guardianships to Heishman and Labowitz does a great disservice to the citizens of the Commonwealth of Virginia, our society at large, and directly any ward under their charge. In other words it puts lives at risk.

The long and short of it is Anastasia Adams was plagued with unexplainable suspicious injuries in this guardianship. The guardians would have you believe that the numerous injuries Anastasia suffered were due to the brain injury she suffered 12 years ago, that just isn’t so, it is not based on fact.

In the over 4383 days I cared for Anastasia she suffered no such injuries to her person, no broken hip and ankle, no vision loss in her right eye, nor did she require several blood transfusions due to severe anemia, her contractures now being extreme. A severely broken hip is not brain related. The guardians would have you believe it was due to her being bed bound for so long, but Anastasia was not bed bound when she was cared for at home– she was up sitting in her wheelchair 14 hours a day enjoying herself watching TV and movies, playing thumb war and being mischievous, she was out and about in the car, and she could support her weight on at least one foot, both legs near fully extended as did her arms. So no, her broken hip and ankle were not related to her brain injury.

What the guardians did was made Anastasia bed bound by not allowing her broken hip and ankle to be set or fixed, by consciously making the decision to provide nothing more than palliative care for her, to not provide any care that would extend her life as they told the Honorable Anthony Trenga in the Eastern District of Virginia as it states on page 7 of the hearing transcript. And why did they make these decisions – because “they believe Anastasia is not a happy person.” They said this without knowing anything about her, nothing about her past, her childhood, her upbringing, her religious faith or background. And instead of relying on Anastasia’s family, her sister for information and guidance, they isolated her severely restricting access and either directing placement or allowing the facility to place her in a room with no television, allowing them to not replace her prescription eye glasses in 9 months time. They based the decision solely on speaking with a palliative care physician of their choosing and not her longtime physicians. 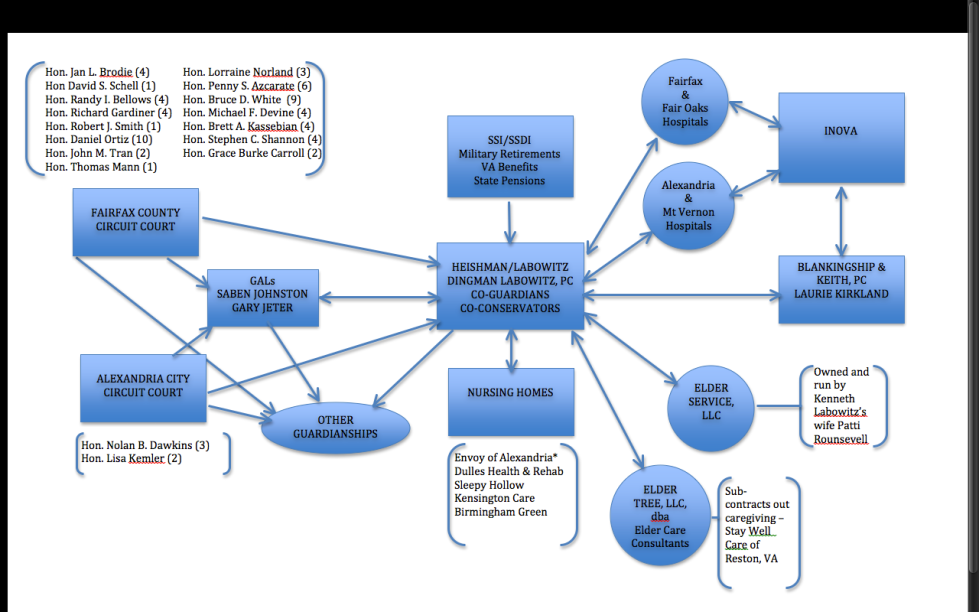 Bottom line my sister Anastasia is dead and she should not be but for the actions of Inova, judges at Fairfax County Circuit Court, and guardians Ken Labowitz and Anne Heishman.

Professional guardianships are out of control across the country and so far SB178 does not appear to worth the paper it was printed on. It is going to take a grassroots revolution to put a stop to abusive and predatory guardianships of the elderly and disabled. Benjamin Franklin once said “ Justice will not be served until those who are unaffected are as outraged as those who are.”

iThere are no comments